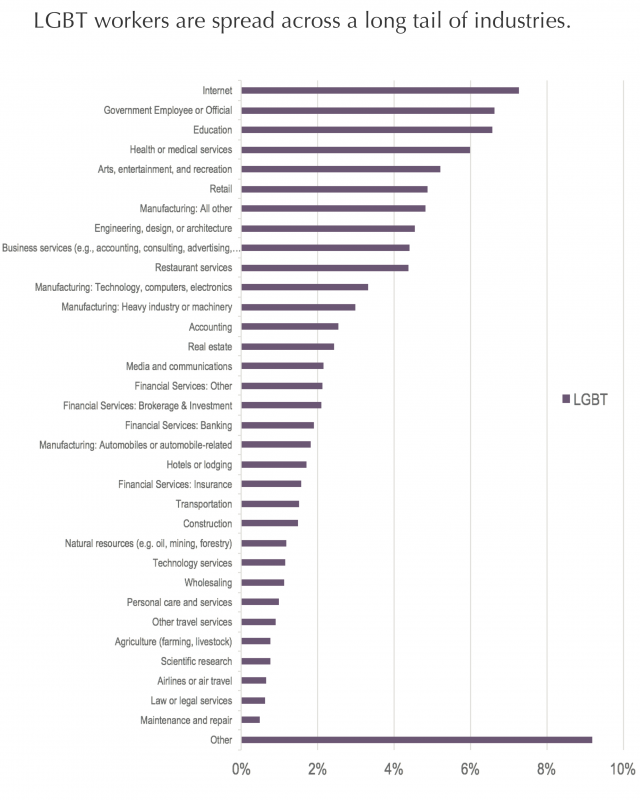 This was both an LGBT community as well as consumer behavior survey to better understand LGBT people in China today and better serve the future development of this community. The survey was completed in September and released as the 2016 China LGBT Community Report at the 3rd Annual China Pink Market Conference November 14th; providing an authoritative guide for companies wishing to explore the LGBT Pink Market in China.

WorkForLGBT (www.workforlgbt.org) founder Steven Paul Bielinski, lead organizer of the conference, report, and advertising showcase said, “a record number of LGBT people in China are planning to share their identity with more family, friends and co-workers in the coming years, see same-sex marriage as their ideal relationship status, and are looking for companies to voice support for LGBT friendly programs and policies.

Geng Le, Founder and CEO of Dan Lan, said “for three consecutive years we’ve conducted the China LGBT Community Survey. We’re looking forward to using real world data to help companies, the media, and the public realize the diversity in society and the needs of this community. By putting to use the forces of business we advance both social progress and development.

Sammy Wu, Co-Founder of Re La, shared that “in the 3rd edition of our annual report we’re pleased to see the rates of openness among LGBT people, as well as the market need for same-sex marriage continuing to rise. The LGBT community’s expectations towards businesses has also risen as they look towards companies to support LGBT friendly workplace policies as the number one factor in their purchasing decisions. This is truly the start of a new phase for China’s Pink Market.

– Making up an estimated 5-10% of any population, LGBT (lesbian, gay, bisexual, and transgender) China has between 70 million and 140 million citizens, with the “Pink Market” here estimated to be worth more than 2 trillion RMB.

– LGBT people are planning to be more out and open. Only 22% of gay and bisexual men and 12% of lesbian and bisexual women plan to tell no one about their identity in the next five years, versus 30% of men and 16% of women last year.

– Compared to last year more LGBT people are considering overseas surrogacy and marriage. While surrogacy is expensive for most, marriage ceremonies are not, with 58% of men and 75% of women willing to pay 40,000 to 60,00 RMB to wed abroad.

– Following 2015’s results, pressure from family remains the biggest concern (70%) for those who are part of the LGBT community. This suggests that there is still more to be done to promote understanding and acceptance especially among family members.

– The general tendency for the LGBT community to travel within China (78%) is a lot higher than outside of China (28%). Like last year, the top three countries or regions that are visited outside of China are Hong Kong, Thailand and Macao.