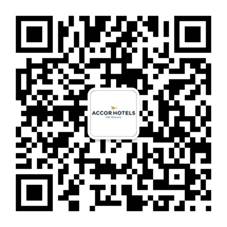 Shanghai, China, February 1, 2016 /Xinwengao.com/ - AccorHotels (CAC 40 – AC.FR) and Huazhu Hotels Group (also known as China Lodging Group – Nasdaq: HTHT) are pleased to have sealed their extensive, long-term alliance, initially announced to the market on 14th December 2014. Under the arrangement, AccorHotels takes a 10.8% stake in Huazhu and a seat at the Chinese group’s board of directors. Huazhu will take a non-controlling stake of 29.3% and two board seats in AccorHotels’ Luxury and Upscale operating platform for Greater China.

This unprecedented partnership creates a hospitality giant in China whose strength lies in a newly formed joint distribution system and the combination of two ambitious loyalty programs which together boast over 75 million members worldwide. This strategic alliance will also enable the Group to accelerate the development of Grand Mercure, Novotel, Mercure, ibis and ibis Styles brands in China, Taiwan and Mongolia, with 350 to 400 hotels due to open over the next five years.

ABOUT ACCORHOTELS
AccorHotels is a Group united by a shared passion for hospitality and driven by a shared promise to make everyone Feel Welcome. Over 180,000 women and men in nearly 3,800 AccorHotels properties look after thousands of guests every day in 92 countries.

AccorHotels is the world’s leading hotel operator and offers its customers, partners and employees:
-its dual expertise as a hotel operator and franchisor (HotelServices) and a hotel owner and investor (HotelInvest);
-a large portfolio of internationally renowned brands covering the full spectrum, with luxury (Sofitel, Pullman, MGallery, Grand Mercure, The Sebel), midscale (Novotel, Suite Novotel, Mercure, Adagio) and economy (ibis, ibis Styles, ibis budget, adagio access and hotelF1) properties;
-the strength of its marketplace and its Le Club AccorHotels loyalty program;
-almost half a century of commitment to corporate citizenship and solidarity with the PLANET 21 program.
Accor SA shares are listed on the Euronext Paris stock exchange (ISIN code: FR0000120404) and traded in the USA on the OTC market (Code: ACRFY).

About HUAZHU Hotels Group Ltd.
HUAZHU Hotels Group Ltd. (NASDAQ:HTHT) is a leading and fast-growing multi-brand hotel group in China with more than 2,700 hotels across over 350 cities. Founded in 2005, HUAZHU has been ranked as the 12th largest hotel group globally in 2014 and listed in the Top 100 Most Valuable Chinese Brands in 2015. HUAZHU Rewards loyalty program allows frequent guests to earn points and enjoy special benefits and privileges and has attracted nearly 50 million individual members.

Aiming to become one of the world’s leading hotel operator, HUAZHU has formed an extensive and long-term alliance with Accor since 2014, offering the customers of both loyalty programs (together over 75 million members) the opportunity to access a network of more than 6,000 hotels globally, covering the full spectrum of the market from Upscale (Grand Mercure, Joya, Manxin) to Midscale (Novotel, Mercure, Ji, Starway) and Economy (ibis, ibis Styles, HanTing, Elan, Hi).

With joint efforts of over 50,000 employees, HUAZHU commits itself to provide both business and leisure travelers with impressive and cost-effective travel experiences. In 2014, the group launched a ground-breaking brand, namely, H World, to build an alliance of 10 thousands hotels, billion level membership system, and even a comprehensive travel ecosystem in the coming future.