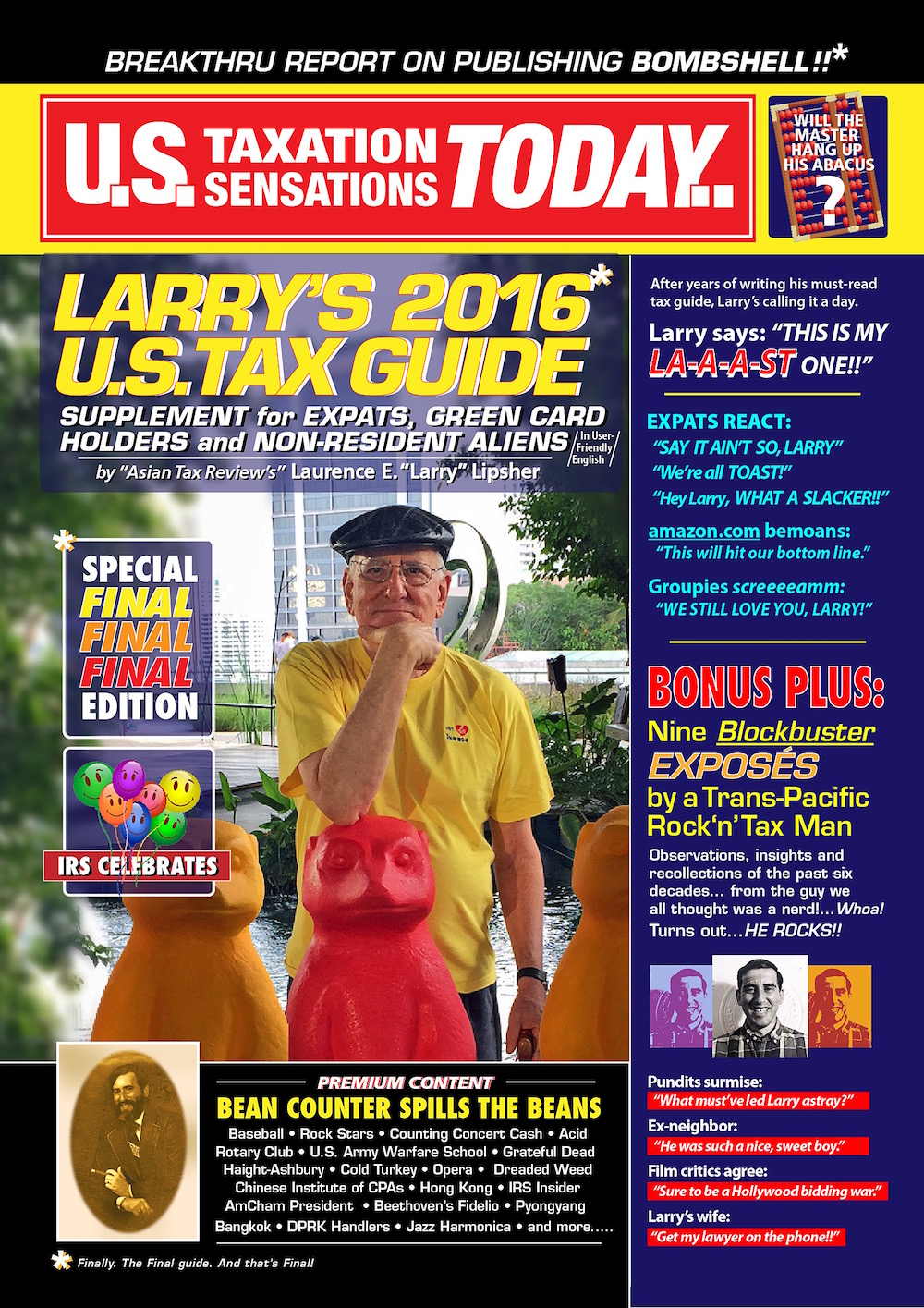 Profile
Larry Lipsher, a past president of the American Chamber of Commerce of South China, wrote the Asian Tax Review for Tax Analysts of Washington, DC for 12 years. He’s been featured on CCTV (China Central Television World Wide Watch, the most widely viewed evening television news program in the world (with over twice the viewing audience than watchers of the Super Bowl) as well as CNN, CNBC, Reuters-TV and The Wall Street Journal-TV.

A selection of media companies and websites that syndicate our content: