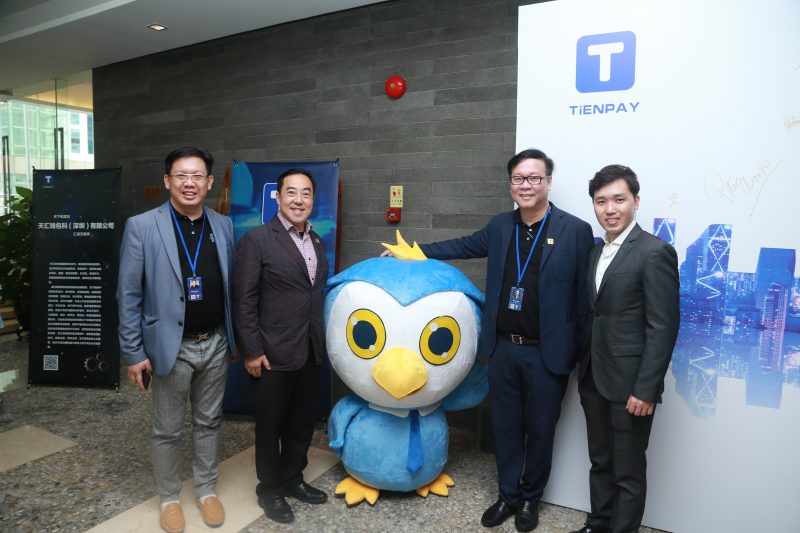 The company successfully conducted a live cross-border digital currency during a press conference in Shenzhen today to mark the global launch. The company’s TiENPAY mobile iOS apps will be formally launched in August, and its Android apps will be launched in September this year.

At the same time, TiENPAY announced that it plans to produce 20 web films in the next few years to promote the usage of innovative technologies such as its own mobile wallet. The first film, a love comedy web film “Wallet”, will be produced by Beijing Jinmache Film & Television Culture Communication Co., Ltd.  Preparation will begin in August and production will start in September.

“I believe today’s launch of TiENPAY Wallet ushers in a new age of financial freedom and inclusion, as our innovative products integrating the most advanced financial technology will extend convenient financial services to people around the world,” says William Tien, founder and CEO of TiENPAY. “We are confident that users will fall in love with TiENPAY and we will become the best global mobile wallet platform.”

TiENPAY can be integrated with existing channel service providers into local merchant accounts through Point Of Sales (POS) using QR codes or EAN code scanning. TiENPAY has internal built-in clearance and settlement of cryptocurrency including Bitcoin and Ethereum through its digital exchange in Hong Kong.

The company also plans to launch its digital exchange platform in Hong Kong in August for the trading of cryptocurrency and assets such as Bitcoin. By its August launch, the exchange will allow conversion of four pairs of cryptocurrency and fiat money: Bitcoin/U.S. dollar, Bitcoin/Australian dollar, Bitcoin/Renminbi, and Bitcoin/Hong Kong dollar. The exchange will expand to allow conversions of other digital currencies, including the company’s own digital tokens that it plans to launch in the near future.

TiENPAY’s services are currently set to cover eight countries and regions, including the United States, U.K., Australia, Singapore, Hong Kong, Cambodia, Russia and India. The company has plans to expand to cover 35 countries in five years.

“I’ve spent years traveling around the world and always had difficulty conducting currency conversions and cross-border transactions. I thought we should have something universal so that people don’t need to wait for two weeks before receiving their money,” Tien adds. “TiENPAY is exactly the answer to solve these kinds of headaches suffered currently by international travelers, residents of remote places and enterprises conducting cross-border transactions.”

“After years of hard work, we are glad to mark the global launch of our innovative fintech product TiENPAY Wallet,” said Victor Chow, co-founder and group chief operating officer of TiENPAY. “Business and individuals will find our wallet as the most convenient option as it has the capacity to connect to more than 350 payment gateway or aggregators like Visa, MasterCard, China UnionPay, WeChat and Alipay.”