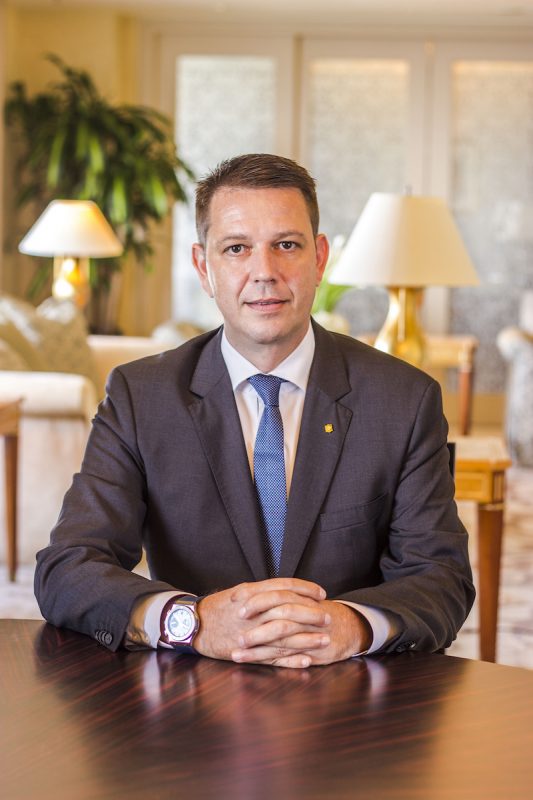 Fujian, China, July 22, 2016 /Xinwengao.com/ - Shangri-La Hotels and Resorts announces the appointment of Mr. Jonas Amstad as general manager of Shangri-La Hotel, Fuzhou in the capital city of Fujian province in the southeast of China.  In this role, he will oversee hotel operations and lead the team in delivering quality and exceptional guest experiences at this property.

Mr. Amstad is well versed in hotel management.  His hospitality journey starts at Beckenried from 1988.  For the past 25 years, he had worked for numbers of fields and various positions in Eastern Europe, Middle East, Mainland China, South Pacific and?Indian Ocean, before he arrived in Fuzhou.  Prior to Shangri-La Hotel, Fuzhou, he was the Resident Manager of Shangri-La’s Resort & SPA in Maldives.

“I am passionate about joining the Shangri-La Hotel, Fuzhou, which is such a historical and leisure place. Driven by a philosophy rooted in Asian hospitality, the Shangri-La Fuzhou team has been doing an excellent job by maintaining its market-leader position since it opened in 2005.  I hope to lead this team to meet new challenges and to consistently provide the highest service quality to our valued guests,” said Mr. Amstad.