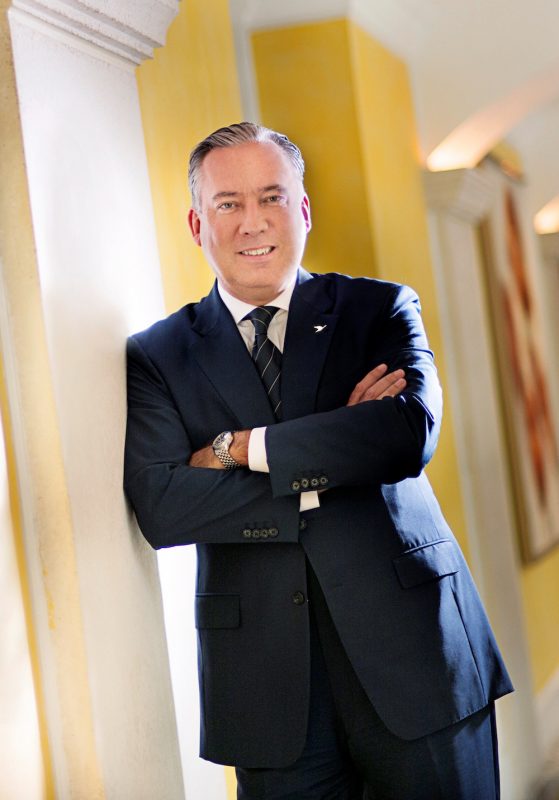 Shanghai, China, January 4, 2016 /Xinwengao.com/ - Michel Molliet has been appointed Chief Operating Officer of AccorHotels, Greater China, effective January 01, 2016. In his new role, he will oversee the management of the group’s 125 operating hotels and projects in the pipeline across mainland China, Taiwan, Hong Kong and Macau, a portfolio which includes 10 brands from the luxury and upscale to midscale and economy segments.

Formerly Senior Vice President, Luxury and Upscale, AccorHotels Greater China, Michel is a veteran in the hospitality industry having spent close to 30 years with AccorHotels. A French national, he first joined the group in 1987 and was appointed to his first General Manager post in Thailand in 1992. He subsequently took up several leading positions within the group, as the Director of Operations for Thailand, Cambodia, Myanmar and Laos; Regional General Manager for North Queensland, Australia; and Cluster General Manager for four key hotel openings and a conference centre in Renmin Square, Xi’an. He left the group for two years to open the 3,000-suite Venetian Resort Hotel in Macau and rejoined AccorHotels in 2008 where he played a pivotal role in the repositioning of the Sofitel brand in Greater China in addition to his role as the General Manager of Sofitel Macau At Ponte 16.

His career highlights include key positions across The Middle East, Southeast Asia and Australia before Greater China.

Michel takes over from the group’s former COO, Paul Richardson, who will be the Chief Commercial Officer, Greater China, leading the partnership with China Lodging.

“I am very excited to take on this role as the leader of AccorHotels Greater China at a time where the Group is embarking on a new era to develop growth opportunities with immense potential,” said Michel Molliet. “I look forward to working closely with the corporate and sub-regional teams in Shanghai and Macau to accelerate our hotel developments to new levels and expand our brands in the region.”