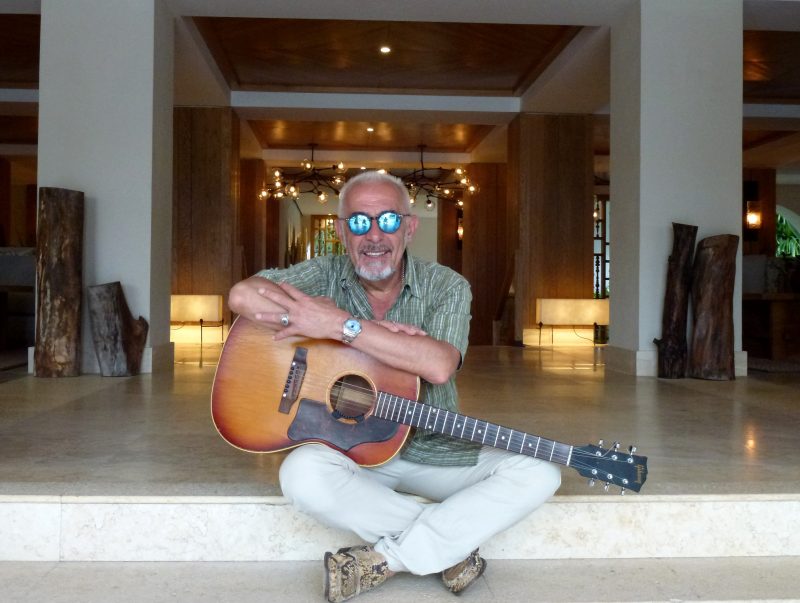 Promoting French culture is one of Sofitel’s four key pillars that incorporates Design, Culture, Gastronomy and Wellness under the brand. Each Sofitel property will feature its own musical programme that represents this year’s theme as a major highlight under the brand.

In Greater China, guests staying at the Sofitel hotels and resorts can look forward to exciting performances during the week of 21 June. Sofitel Macau at Ponte 16, Sofitel Guangzhou Sunrich and Sofitel Sanya Leeman Resort will stage an artistic “Fly Like a Song” musical, composed by the legendary French singer and guitarist Henry Padovani, and co-founder of the English rock band The Police. The programme will showcase Padovani’s favourite classical rock songs in French and English. The event will be held in the following cities starting in Macau, on 18 June Guangzhou on 21 June followed by Sanya on 24 June.

Sofitel Wanda Beijing celebrates its week-long festivities from 21 to 26 June with a special tribute to the late singer “Prince”, at the same time features the Cuban pianist, Bombom, African guitarist, Teddy together with a group of Chinese orchestra and an international Jazz band.

Sofitel Chengdu Taihe has partnered up with the Consulat General de France à Chengdu on 18 June to feature a group of talented performers from a local music school. This event will be held in conjunction with the  French Gourmet Week where the hotel lobby will be transformed into a French Chateau for guest to relish and savour authentic French cuisine and wine.

Sofitel Hangzhou Westlake will be holding a romantic moonlit event  under the stars at the Sky Garden Rooftop Lounge with performances by leading DJs from the local music scene on 21 June.

Join us and celebrate the musical highlights and events taking place this June at the Sofitel hotels & resorts in Greater China!

Sofitel is the elegant answer to a luxury traveler’s quest for the good things in life. Each hotel illustrates an artful blend of local culture and French soul. With an innate sense of new French art de vivre, Sofitel hold themselves to a heightened level of excellence and refinement. 120 addresses in 40 countries across the five continents appeals to modern status seekers, who have something special and unique that makes them stand out from the crowd. Each hotel is differentiated by its “cousu-main” service, graceful design, creative and inspired gastronomy in major cities like Paris, London, New York, Rio de Janeiro, Dubai, Bangkok, Shanghai… or nestled away in a country landscape in Morocco, Egypt, Thailand, French Polynesia…

Sofitel Legend, where heritage meets modernity. The network is composed of 5 timeless and iconic addresses that are generously infused with French luxury for ultimate indulgence.

SO Sofitel, rebellious lifestyle hotels bursting with local energy. In Bangkok, Singapore and Mauritius, SO Sofitel is an experience apart from the rest, recognizable for its avant-garde design, state-of-the-art technology, surprising happenings and social experience.

MGallery by Sofitel, charming boutique hotels, inspiring and singular. The intimate collection of 75 hotels stands for adventurous explorers who are clued in to travel and seek out the unbeaten path.